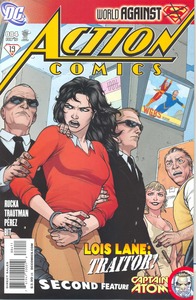 Written by Greg Rucka; co-feature written by James Robinson & Greg Rucka Art by Pere Pérez; co-feature art by CAFU Cover by CAFU     When Lois tries to run the story that will clear Flamebird and Nightwing once and for all, she finds herself blocked at every turn. With the world's anti-Kryptonian sentiment escalating to a near-frenzy, not even being General Lane's daughter will keep her safe!     Plus, to the shock and horror of Flamebird, the problems with Nightwing's uncontrolled aging reach a critical juncture! And in part 6 of the new co-feature, Captain Atom squares off against his old adversary Major Force just as some troubling memories start to resurface - one word: Monarch! On sale December 9 o 40 pg, FC, $3.99 US 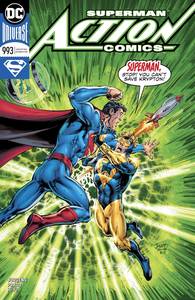 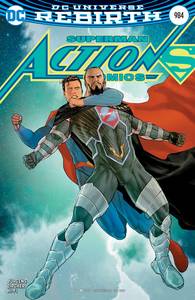 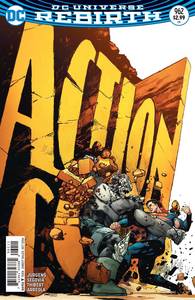