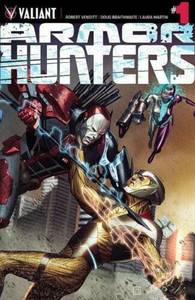 From Valiant Entertainment. This summer, Earth will be the greatest hunt of all when Valiant First unleashes the first issue of 2014's must-read crossover event - Armor Hunters - from superstar creators Robert Venditti (Green Lantern, The Flash) and Doug Braithwaite (Unity)! A relentless and surgical strike team from the farthest reaches of space - sworn to exterminate the X-O Manowar armor and all like it - have found finally their final target. They will hunt. They will trap. They will kill. And they will rid the universe of the X-O Manowar's incalculable destructive power ... even if it means taking the Earth with it. In the tradition of Harbinger Wars, Valiant's biggest heroes launch into the summer's blockbuster 18-issue crossover event right here in Armor Hunters #1 -- and then take the fight to the world's first full-scale cosmic threat with Unity #8 and X-O Manowar #26, and Armor Hunters: Bloodshot and Armor Hunters: Harbinger! Scheduled to ship 07/09/14. (7644) 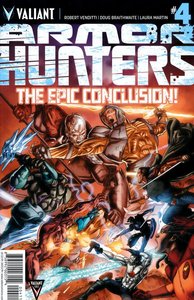 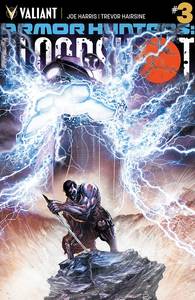 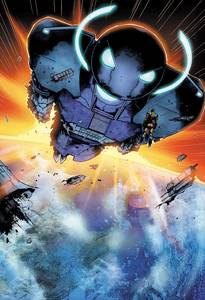