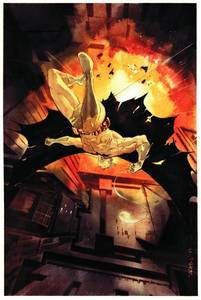 Written by Paul Dini; co-feature written by Marc Andreyko Art by Dustin Nguyen & Derek Fridolfs; co-feature art by Georges Jeanty & Karl Story Cover by Dustin Nguyen     In this second issue by the dynamic duo of Paul Dini (DETECTIVE COMICS) and Dustin Nguyen (BATMAN), Commissioner Gordon teams with the new Batman to combat the fiery threat that Firefly has spread across Gotham City. And to make matters worse, the mysterious adversary known only as Abuse makes his presence felt!     Meanwhile, in the Manhunter co-feature, now that Kate Spencer is the new District Attorney of Gotham City, will she use her legal power or her Super Hero identity to find the killer of the previous D.A.? On sale July 15 o 40 pg, FC, $3.99 US 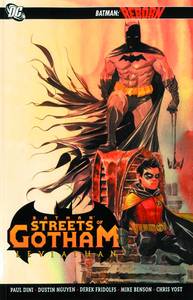 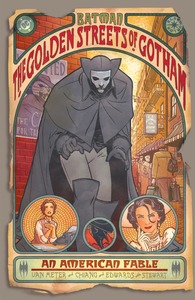 BATMAN THE GOLDEN STREETS OF GOTHAM