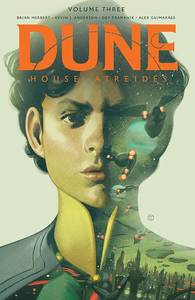 THE OFFICIAL PREQUEL TO THE GROUNDBREAKING DUNE CONCLUDES! After his father's untimely death, young Leto ascends to Duke of House Atreides while Duncan Idaho starts down the path to become one of Leto's right-hand men. Meanwhile, Baron Harkonnen wastes no time moving against the new Duke by stoking the centuries-long feud between the Harkonnens and Atreides. A new dawn rises when Crown Prince Shaddam successfully ousts his father from the throne of the Imperium. And Pardot Kynes, now considered a prophet among the Fremen, continues forging a path to make the desert planet an oasis. The first ever adaptation of the New York Times best-selling Dune: House Atreides concludes, adapted & scripted by Brian Herbert and Kevin J. Anderson, authors of the eponymous prequel novel based on Dune creator Frank Herbert's notes, and illustrated by artist Dev Pramanik (Paradiso). Collects Dune: House Atreides #9-12. 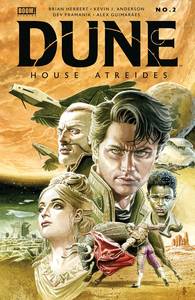 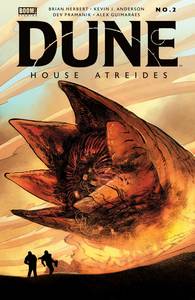 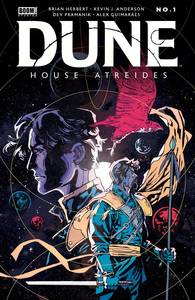