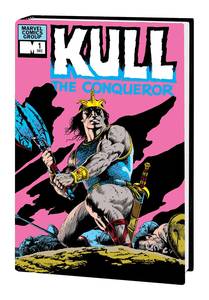 The last of three volumes collecting the complete original Marvel Kull comics kicks off with an early '80s Spider-Man/King Kull team-up against the threat of Ju-Lak and the Serpent Cult! Then, a new solo Kull series begins with a run of double-sized color comics by some of the best artists of the decade. KULL THE CONQUEROR boasted a bruising dose of art from Big John Buscema - but it also featured takes on the warrior-monarch of Valusia from luminaries John Bolton, Charles Vess, Butch Guice and Bill Sienkiewicz. And the '80s era of Kull concludes with the stunning graphic novel KULL: THE VALE OF SHADOW by Alan Zelenetz and Tony DeZuniga. Collecting MARVEL TEAM-UP (1972) #111-112, KULL THE CONQUEROR (1982) #1-2, KULL THE CONQUEROR (1983) #1-10 and KULL: THE VALE OF SHADOW (1989). 632 PGS./Mature 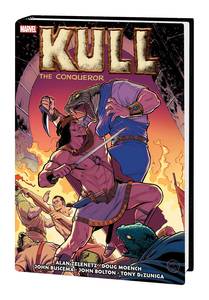