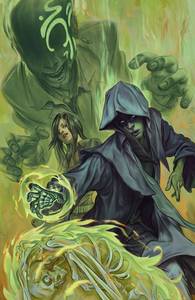 Tim Seeley (W), Victor Drujiniu (P), Jason Gorder (I), Andrew Dalhouse (C), Guy Davis (Cover), and Steve Morris (Cover) When a mysterious book of powerful spells binds itself to him, the fact that Rob's life has been falling apart doesn't seem like such a big deal. What do his girlfriend leaving him or his mountain of debt matter when mystics and demons are overrunning the town in search of the book-and him? To survive, Rob must learn to control the book's unpredictable magic, while his life slips even further out of control. o Tim Seeley (Hack/Slash) brings his rare mix of humor, horror, and heroes to the latest creation from company founder Mike Richardson. o Character design by Guy Davis! 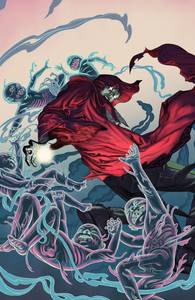