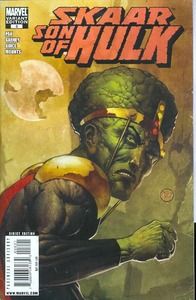 Written by GREG PAK Pencils by RON GARNEY & BUTCH GUICE Cover by RON GARNEY Villain Variant by TBA Skaar's first great adventure reaches a titanic end with earth-shattering consequences as Axeman Bone returns to battle the Son of Hulk at the gates of Okini!  Plus -- the origin of Old Sam!  The true face of Princess Omaka, Hero Protector of Sakaar!  And a certain key acquaintance of the Hulk himself makes a shocking appearance! And as if that ain't already more savage, sword-swinging excitement than mere mortals such as we can handle, here's one more shocker for you -- Skaar says more than "GRRRAAAA!" 32 PGS./Parental Advisory ...$2.99 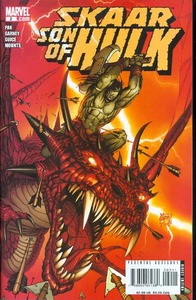 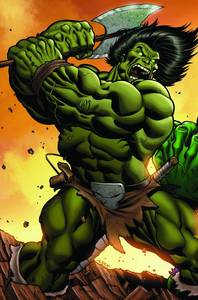 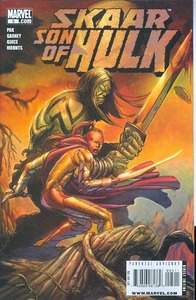