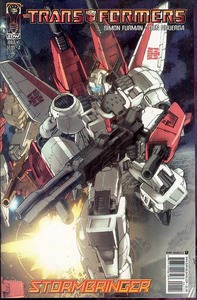 Simon Furman (w), Don Figueroa (a & c) For those of you craving unchecked, cover-to-cover giant robot action (guaranteed no humans!) on an epic scale, look no further than this special space epic. So far, in "Infiltration," we've had tantalizing hints about the state of play elsewhere in the TRANSFORMERS universe, but now we look in on Cybertron itself, unlocking a dark, dark chapter in the planet's history, one that is about to hit the Autobots and Decepticons again... full force! By the Beast Wars team supreme of Simon Furman and Don Figueroa. This special four-part series will tell one complete, self-contained cosmic epic. What's more, each issue will feature a wraparound cover from Figueroa, all four of which combine to present one huge image, and a variant cover from Fig, too. *Covers will be shipped in a 1-to-1 ratio. *Retailers: See your order form for special incentives 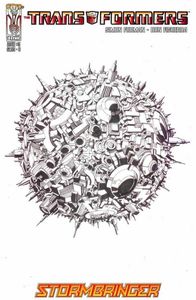 TRANSFORMERS STORMBRINGER #3 (OF 4) COVER B 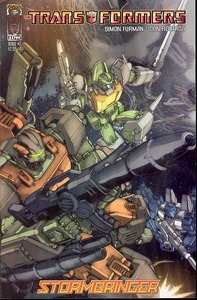