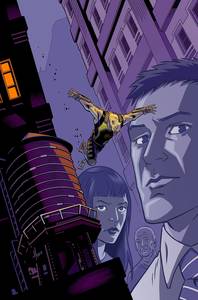 story ROBERT KIRKMAN art & cover JASON HOWARD   Now, at long last we get the secret origin of Gary Hampton.  Where did he come from?  How did he rise to become one of the richest men in the world?  If you think you know everything about the man who became the Astounding Wolf-Man, think again.   FEBRUARY 18 o 32 PAGES o FC o $2.99