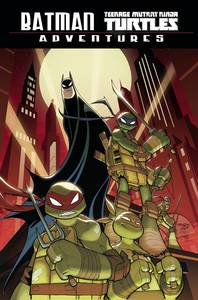 The animated worlds of the current Teenage Mutant Ninja Turtles Nickelodeon cartoon and Batman: The Animated Series collide in this outstanding mini-series featuring fan-favorite characters from both universes! Villains start to mysteriously escape Arkham and Batman seeks to track them down, but he discovers that they have left Gotham completely... and gone to the New York City of the Teenage Mutant Ninja Turtles! •  The first Batman: The Animated Series new material since 2004 when The Batman Adventures concluded. •  "If you like the animated Batman and Ninja Turtles series, this is the book for you. It's great for all-ages, an easy introduction to both universes, and overall just a fun time." - Batman-news.com •   "Batman/Teenage Mutant Ninja Turtles Adventures is the most fun you'll have reading a comic book..." - Comicosity.com •  "Fans of both franchises will absolutely flip over it..." - GeekedOutNation.com •  "Answers so many of the 'wouldn't it be cool if' type questions that fans have been talking about for decades." -OutrightGeekery.com 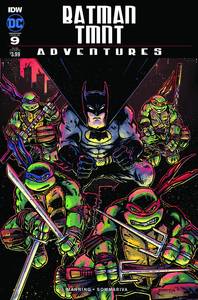 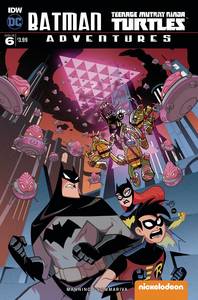 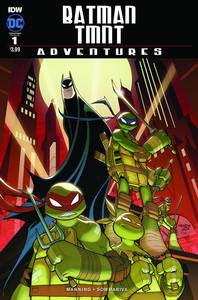 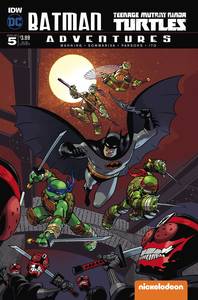 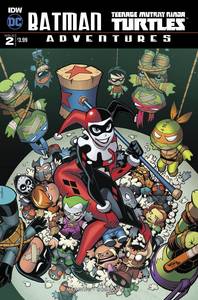