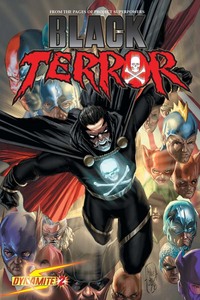 Alex Ross, Jim Krueger (Plot) Jim Krueger (W) Mike Lilly (A) Covers: Alex Ross, Mike Lilly, George Tuska Spinning out of Alex Ross' Project Superpowers is the first new ongoing series -- opening with this four-part story arc by Ross, Krueger and Lilly! Issue #2 features the Black Terror in a full-on rage as he takes the battle to the head of state - the President of the United States! Does President West hold the clue to the whereabouts of The Terror's missing sidekick Tim? For his sake, we sure hope not! Each issue will feature a cardstock cover (ala Marvel's Secret Invasion and Civil War) and is co-plotted and art directed Alex Ross, scripted by Jim Krueger and drawn by new Dynamite Exclusive artist Mike (Batman/Nightwing) Lilly! Plus, issue #2 will feature three exciting covers, a main cover painting by Alex Ross, a special 1 in 10 chase cover by Mike Lilly and a special 1 in 15 chase cover by Golden Age Great George (Captain Marvel) Tuska! 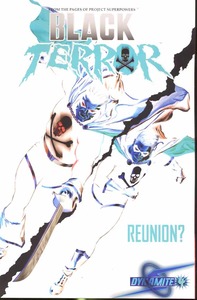 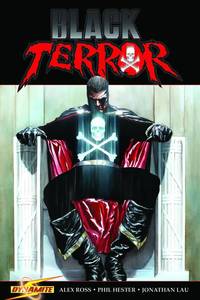 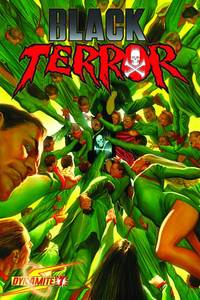