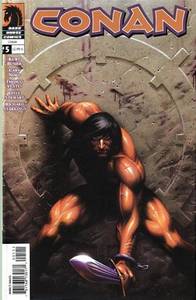 KURT BUSIEK (W), CARY NORD (A), TOM YEATES, and DAVE STEWART (C) JOSEPH MICHAEL LINSNER (Cover) On sale June 23, FC, 32pg Conan's first Hyperborean adventure reveals the secrets of immortality, and the peaceful northern paradise is shown for the nightmare it really is. Conan breaks from those who've enslaved him, but is unable to save the lives of the prisoners he leads, or the woman he's fallen in love with. Robert E. Howard hinted at the terrors that his character Conan suffered in Hyperborea, but Busiek and company reveal the adventure here for the first time in livid detail. Cary Nord is also known for  his work for Marvel on Daredevil and Mutant X. Kurt Busiek says "There are everything from ape-men to albino giants to giant spiders to giant snakes." Just take 'giant' and put a deadly animal behind it."-Wizard Magazine #148 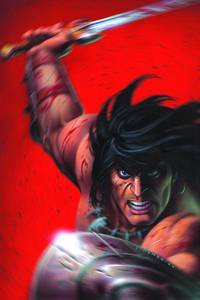 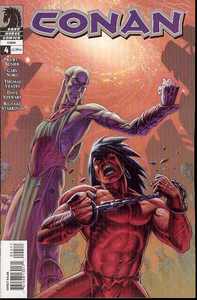 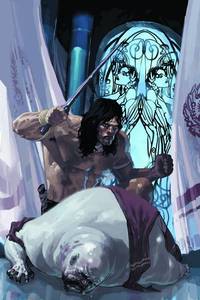 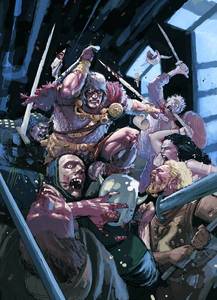 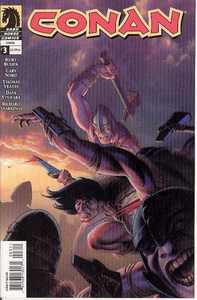