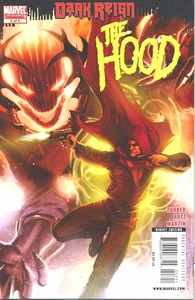 Written by JEFF PARKER Penciled by KYLE HOTZ Cover by MARKO DJURDJEVIC From the pages of NEW AVENGERS and DARK REIGN: THE CABAL! An insider to the occult underworld gives The Hood the lowdown on the dread Dormammu, the power behind his power! Can Parker Robbins possibly break the hold this infamous entity has on him-and will he even want to when he sees some of the benefits of giving into it? While his inner struggle dominates his attention, a vicious foe from The Hood's past regroups for a final showdown! 32 PGS./Parental Advisory ...$3.99 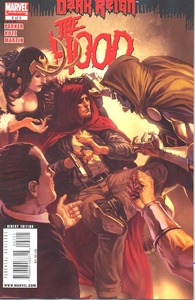 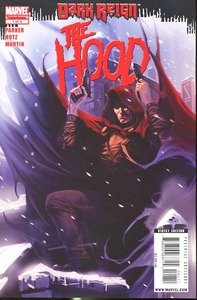