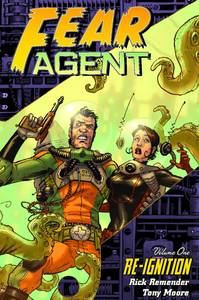 When down-and-out alien exterminator, Heath Huston stumbles upon an extraterrestrial legion of amoebas preparing to annihilate the Earth, he's forced to choose between the bottle and resuming his role as a peacekeeper, as The Last Fear Agent. Heath's former band of soldiers, the Fear Agents was comprised of a group of the last remaining humans on Earth, whose sworn duty was the protection of their homeworld against alien invaders. A number of years after preventing a large-scale invasion of Earth, the Fear Agents were all slaughtered in a mysterious incident. Written by critically acclaimed scribe Rick Remender (Sea of Red; Strange Girl) and drawn by Eisner nominated artist Tony Moore (The Walking Dead; Exterminators). * Collecting Fear Agent #1-4. 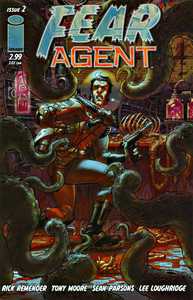 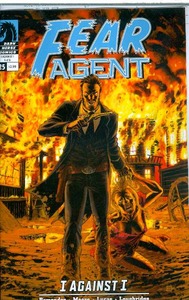 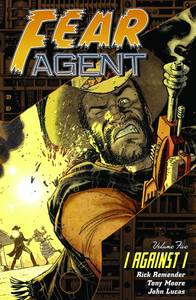 FEAR AGENT TP VOL 05 I AGAINST I