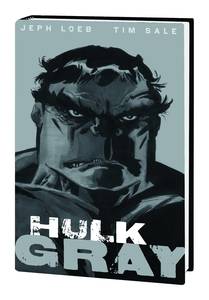 Written by JEPH LOEB Penciled by TIM SALE Cover by TIM SALE Before the world knew that Bruce Banner is the Hulk. Before Bruce had confessed his love to Betty Ross. Before the Hulk was green... there was Hulk: Gray. Bruce Banner's life was torn apart by the explosion of the Gamma Bomb. From that moment on, he unleashed the strongest creature on Earth - The Incredible Hulk. No matter how powerful he became, his heart could still be shattered by Betty Ross, the daughter of his greatest enemy, General "Thunderbolt" Ross. The Eisner Award-winning team of Jeph Loeb and Tim Sale (Superman For All Seasons, Batman: The Long Halloween, DAREDEVIL: YELLOW, and SPIDER-MAN: BLUE) continue their insightful look into the early days of Marvel Comics' most popular heroes. In HULK: GRAY they unravel the origin of the Hulk and in doing so uncover a secret that will change the way we look at Bruce Banner forever. Collecting HULK: GRAY #1-6. 160 PGS./Rated T+ ...$24.99 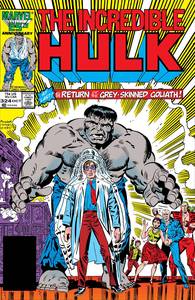 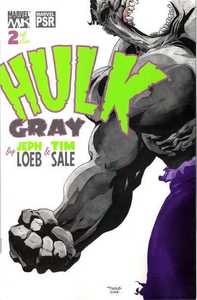