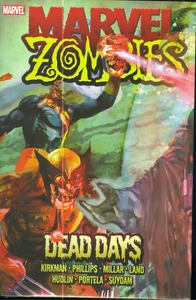 Written by ROBERT KIRKMAN, MARK MILLAR & REGINALD HUDLIN Penciled by SEAN PHILLIPS, GREG LAND, MITCH BREITWEISER & FRANCIS PORTELA Cover by ARTHUR SUYDAM At last - experience the birth of the Marvel Zombies as told by the creative team of the best-selling limited series, and then witness their rise as they attempt to slake their hunger across two universes! First, Kirkman and Phillips pull out all the stops as they reveal the secret story of the day the Marvel Heroes became brain-eating monsters! Next, follow the Marvel Zombies into the pages of Millar and Land's ULTIMATE FANTASTIC FOUR! Reed Richards has used his scientific genius to contact an Earth in a surprisingly familiar parallel dimension - and he's ready to visit! But nothing could have prepared him for the world he's about to enter! And when the zombiefied FF escape from their Baxter Building prison in the wake of Dr. Doom's return, get ready for the deadly debut of the Frightful Four! Finally, get out the hot sauce, True Believer - it's slobberin' time! In Hudlin and Portela's BLACK PANTHER, the mainstream Marvel Universe's New Fantastic Four just made a wrong turn on the dimensional super highway - and they've landed in the middle of Zombie-verse! And if that weren't bad enough, they've parked their butts on that universe's Skrull Planet! If the Black Panther, Storm, the Human Torch and the Thing can't come up with the perfect escape plan, they're going to be the next hors de'ourve for Zombie Galacti and Zombie Skrulls intent of eating the entire universe! Collecting MARVEL ZOMBIES: DEAD DAYS; ULTIMATE FANTASTIC FOUR #21-23 and #30-32, and BLACK PANTHER #28-30. 256 PGS./Parental Advisory ...$29.99 ISBN: 978-0-7851-3232-5 PRODUCT UPDATE (022708): Marvel Zombies: Dead Days will feature a different cover than the one solicited. 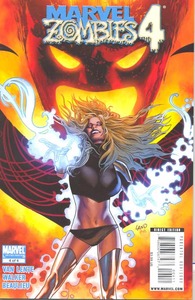 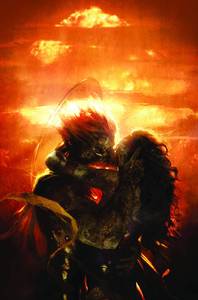 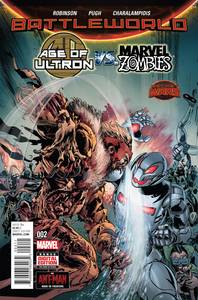 AGE OF ULTRON VS MARVEL ZOMBIES #2 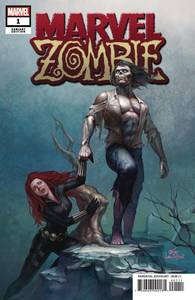 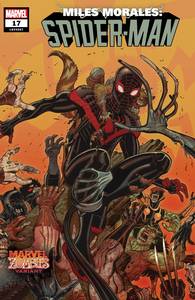