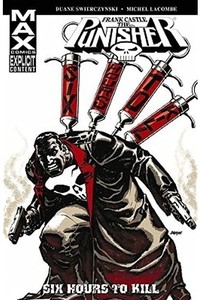 Written by DUANE SWIERCZYNSKI Penciled by MICHEL LACOMBE Cover by MICHEL LACOMBE The Punisher always knew he'd die on the job. But he didn't know he'd have an expiration date.  After busting up a slave ring in downtown Philadelphia, Frank Castle has been tricked, trapped, gassed, strapped to a table and injected with a serum that will turn him into a 220-pound corpse by dawn -- six hours from now.  The people who grabbed him want him to do a simple little job and then they'll give him the antidote -- simple, right?  Guess again.  The Punisher is nobody's errand boy.  There's only one thing he wants to do before he dies: Take as many bastards as he can with him. Plus: there's nothing like fishing with friends, especially when you're about to launch the biggest criminal deal of your careers. On the high seas, life is sweet. That is, until your engine explodes. And your boat sinks. And there's no food or water. And the puking starts. And the backstabbing begins. And the only life preserver is in the hands of a man who wears a black shirt with a skull on it!  Collecting PUNISHER: FRANK CASTLE MAX #66-70 and PUNISHER: FORCE OF NATURE. 144 PGS./Explicit Content ...$16.99 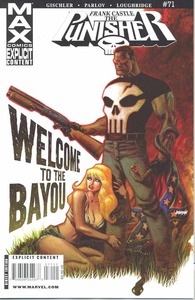 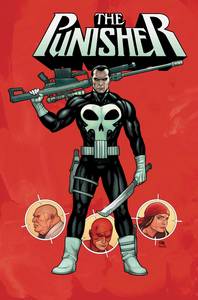 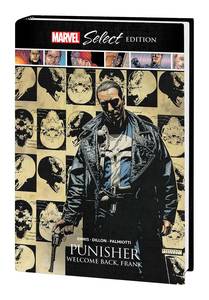 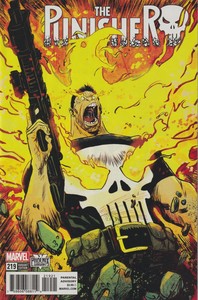 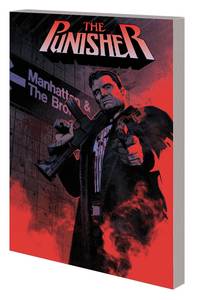