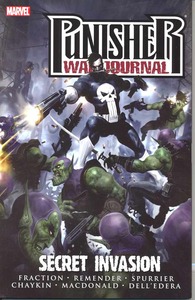 Written by MATT FRACTION, RICK REMENDER & SIMON SPURRIER Penciled by HOWARD CHAYKIN, ANDY MACDONALD & WERTHER DELL'EDERA Cover by CLINT LANGLEY The Marvel Universe is overrun with evil, slimy green aliens from beyond the stars. Did you honestly believe the Punisher wouldn't get his hands dirty? As seen in the smash-hit series Secret Invasion, fearsome aliens known as Skrulls have used their shape-shifting abilities to infiltrate the Earth's superhuman community at every level in an attempt to seize the planet for themselves. Freed from prison as a result of the attack, the Punisher falls back into old habits: guns, mayhem and explosions. But this time, instead of setting his sites on the mafia or maniacs in brightly colored costumes, Frank Castle is fighting for the human race's future, by blasting a hole in every green-skinned monstrosity he comes across. Collecting PUNISHER WAR JOURNAL #24-26 and PUNISHER WAR JOURNAL ANNUAL #1. 120 PGS./Parental Advisory ...$14.99 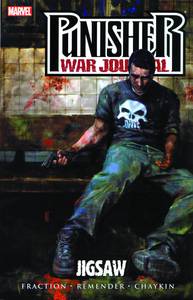 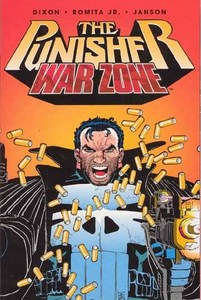 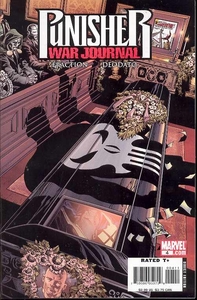