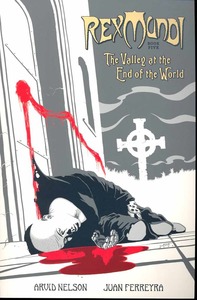 Arvid Nelson (W) and Juan Ferreyra (A) On sale Nov 5 FC, 200 pages $17.95 TPB, 7" x 10" As Lorraine's bloody crusade rages on, Julien spirals into an abyss of drunken despair. Genevieve has betrayed him, and he has lost hope of ever finding the Holy Grail. But Inquisitor Moricant hasn't given up, and he's hot on Julien's trail! Little does Moricant know the power of the Church is crumbling in the face of the raging war. He isn't as safe as he believes. Meanwhile, the Duke of Lorraine faces disaster upon defeat. His dreams of world domination-and his very life-hang from the slightest thread . . . Johnny Depp is set to produce an upcoming Rex Mundi film. 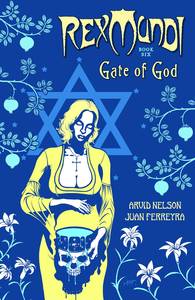