Written by PETER DAVID Penciled by SHAWN MOLL & VAL SEMEIKS Cover by MIKE DEODATO It's a new direction for the lean, green fighting machine as longtime INCREDIBLE HULK writer Peter David takes the helm. High-powered lawyer. Celebrity party girl. Super-strong Avenger. Jennifer Walters, alias She-Hulk, had it all. So why is she a bitter bounty hunter living in a trailer park? See how the mighty have fallen as the emerald adventuress carves out a new career on the margins of the Marvel Universe, where she's battling evil more to make a buck than to make a difference. Featuring the villainy of Hi-Lite, Absorbing Man, Titania and honest-to-gosh alien invaders, plus the puzzle of She-Hulk's new partner: a mystery woman named...Jennifer Walters? Be here now...or She-Hulk Smash! Collecting SHE-HULK #22-27. 152 PGS./Rated T+ ...$14.99 ISBN: 978-0-7851-2563-1 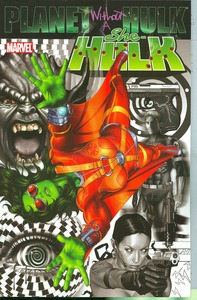 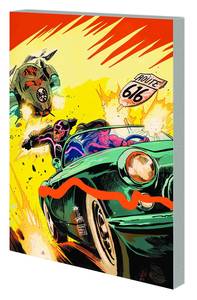