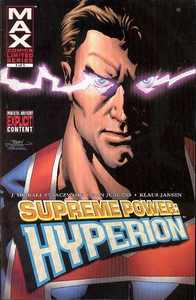 Written by J. Michael Straczynski Penciled by Dan JURGENS Cover by TERRY DODSON The first of two SUPREME POWER specials!  Now that the world knows his dark secret, Hyperion suddenly finds himself both alone and hunted.   Four new super-powered individuals -- each based on a character from the original Squadron Supreme -- are after his hide, and they've got the will and means to take him down. 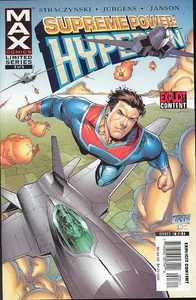 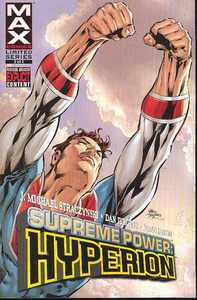