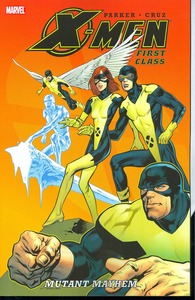 Written by JEFF PARKER Penciled by ROGER CRUZ, KEVIN NOWLAN, PAUL SMITH, MIKE ALLRED, NICK DRAGOTTA & COLLEEN COOVER Cover by KEVIN NOWLAN For millions of years, mankind's place on Earth was unchallenged - until five young people paved the way for a new kind of human! While students at the Xavier School for Gifted Youngsters, Cyclops, Marvel Girl, Angel, Beast and Iceman taught the world what it meant to be X-Men. These are the hidden stories of the team that laid the foundation of a mutant dynasty! Featuring Sue Storm, the Fantastic Four's Invisible Girl; a trip to Monster Island; and a road trip...Hank and Bobby-style! Plus: From investigating haunted museums to dealing with lovesick dragon men, no mission is off limits for the original mutant heroes. See some of comics' top cartoonists take on Xavier's five! Collecting X-MEN: FIRST CLASS (2007) #1-5 and X-MEN: FIRST CLASS SPECIAL. 152 PGS./Rated A ...$13.99 ISBN: 978-0-7851-2781-9 PRODUCT UPDATE (022708): The X-Men: First Class: Mutant Mayhem TP will have a price of $15.99, not the solicited prices of $13.99. 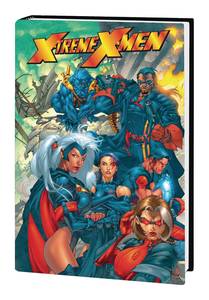 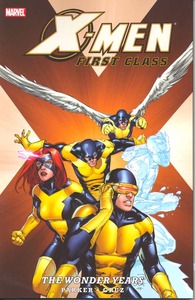 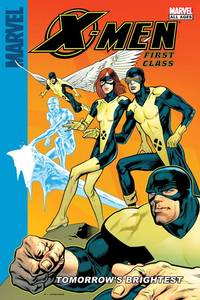 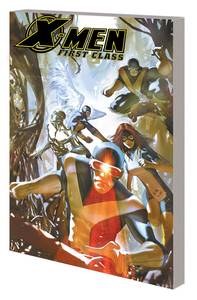 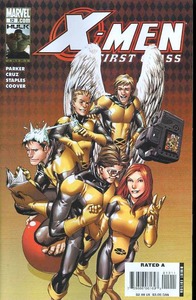 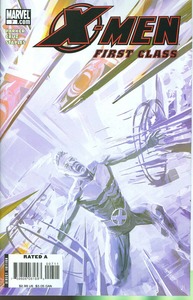